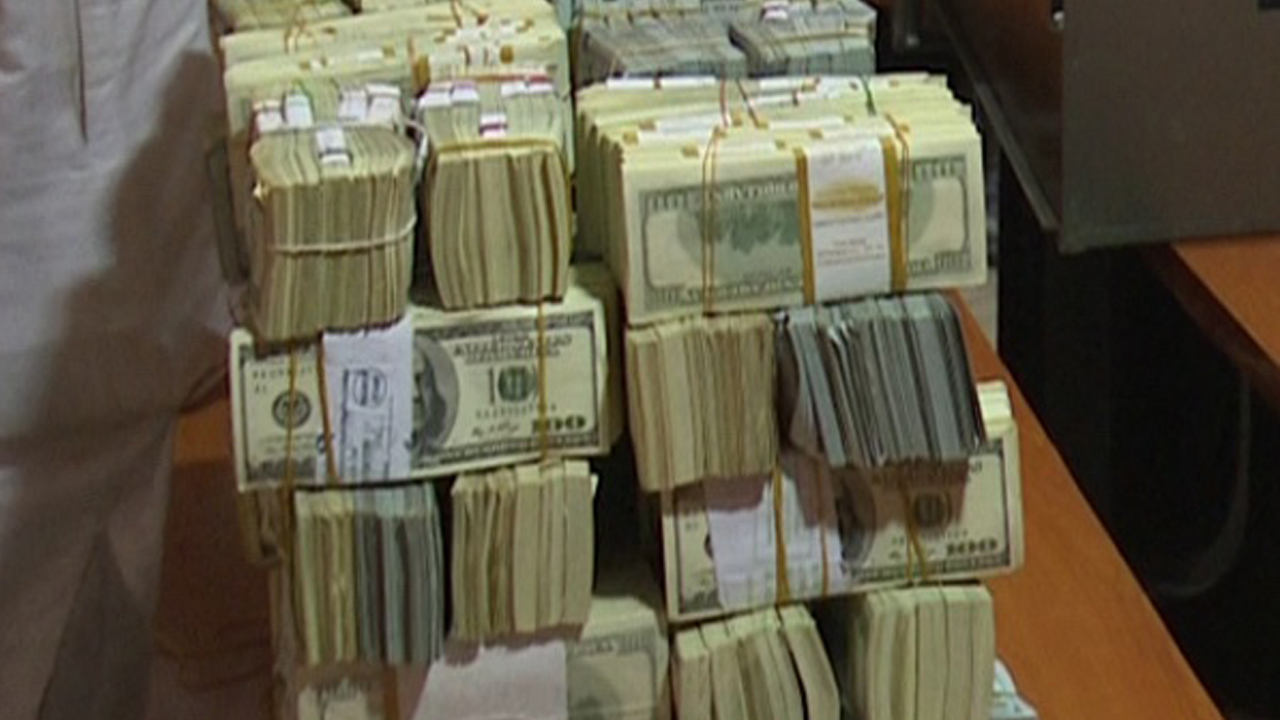 There is no agreement among stakeholders on whether the Central Bank of Nigeria (CBN) has succeeded in one of its foreign exchange (forex) transaction objectives, which is to ease access to the dollar.

While banks now complain of sharp drop in demand for it by customers, other stakeholders say they do not have access to the dollar for their operations yet. The Managing Director of Guaranty Trust Bank (GTBank) Plc, Segun Agbaje, said yesterday in Lagos that the financial institution was unable to exhaust the tranche it got from the apex bank last week.

Worried about the increasing rate of speculation in the forex market, leading to the free fall of the naira, which at one time peaked at N520/$1, the CBN recently began an intense intervention to not only shore up the local currency, but also increase access to the “scarce” dollar.

The intervention in the recent weeks through various offers and releases to the inter-bank market, the latest being the $240 million offered on Monday, has since seen the collapse of the multiple exchange rates in the market with the naira also gaining strength against other currencies.

Besides, the apex bank dispelled the fear about the impact of the interventions on the forex reserves, noting that even if it released about $5 billion into the market, the reserves will still be higher than $30 billion for as long as oil prices remain above $50/barrel at the international market.

Indeed, the CBN has pledged to continue with the efforts, adding that the naira is currently undervalued. Also, the banker of last resort assured the citizenry that there was adequate forex for Personal Business/Basic Travel Allowances (BTA, PTA), tuition and medicals. It also promised to sanction any bank that refused its customers’ demand for these purposes

But denying the allegation that banks were not selling to retail customers to execute the above, Agbaje said: “If anything, part of what I have heard is that some banks do not even have enough customers to sell the BTAs to.”

To underscore his point, he noted: “I find it difficult to speak for other banks, I can only speak for my own bank, and you can cross-check this with the Central Bank. Apart from last week, every dollar we had have been sold for BTA and the fact that we did not even sell out last week shows you that there were not enough customers asking for it.

“From the perspective of the GTB and our customers, who bought BTAs in the last three or four weeks, they will tell you how easy it is. So, I really don’t know where the accusations are coming from.”

The CBN promised to sustain the tempo of its interventions until it is comfortable with the exchange rate, currently at N360/$1, although the dollar exchanged at the rate of N392/$1 at the parallel or black market at the close of work yesterday.

But some operators disagreed on the low demand, saying that supply has only improved, noting that if there is low demand as being claimed by the banks, it will reflect on naira appreciation in the parallel market.

To The Guardian’s observations that the financial services sectors, especially banks were the only ones declaring profits in the country and not too disposed to developments in the economy or advancing loans to the real sector, the GTBank boss dismissed the claims.

According to him: “First, there is a lot of myths than reality, and I am not sure the banks are the only people making profit in Nigeria. The reason it appears that way is because the banks are quoted so they have to publish their results.

“The people in fast moving consumer goods are making a lot of money today because you are feeding the population that is large and is a consuming population. The telecoms, some of them are still doing very well, those in the oil industry are doing very well. In fact the consumables are probably even more profitable than the banks today.”

In assessing banks’ financials, Agbaje advised the public to look beyond just the profits to the realities on ground, stressing: “In analysing the results of banks, have the banks profits really grown more than just the devaluation. What is the percentage of devaluation we have had in Nigeria?

“So if you take what the profits were in 2015 divide by the exchange rate of N199, and take the profits we had by the end of 2016 and divide by N312, has there actually been real growth? I am sure that if you are dealing with most banks, the best ones would be flat and most of them would have actually dropped in profitability. Again, I think we should not forget that there has been devaluation, and should not be looking only at absolute profits.”

Commenting on the accessibility of the dollar, the Director General, Nigeria’s premiere chamber, Lagos Chamber of Commerce and Industry, LCCI, Muda Yusuf, argued that

Once there is a glut it will show in the exchange rate, because every surplus leads to price drop.

He told The Guardian on the telephone if customers were finding it easy to access dollars from the official windows, it will impact on the parallel market through naira appreciation.

Besides, he noted that what is being accessed now, is from the forwards and not spot market, where customers had booked for the scarce currency way ahead. Similarly, the President, National Association of Telecoms Subscribers of Nigeria (NATCOMS), Chief Deolu Ogunbanjo, claimed that telecoms operators were yet to benefit from the CBN’s efforts at making dollar available for service providers, noting that the glut, if any, should be for sectors like education and medical health.

He said: “They will need to go a step further, to deliberately encourage telecommunications operators to have access to foreign exchange so that quality of service can improve. As I am speaking to you, it is still a challenge for players in the ICT/Telecoms sector to have access to dollar. The Minister of Communications, Barrister Adebayo Shittu, at a forum in Lagos, last week still mentioned the challenge, urging the apex bank to relax the rules for the sector.”

An official of one of the major telecoms operator, who spoke with The Guardian, on the condition of anonymity, confirmed Ogunbanjo’s claims, saying:

getting access to dollar is still a challenge for operators. I know of a competitor, which was supposed to bring in some equipment for network upgrades for about two months now, they have been having serious challenge getting foreign exchange. I think the CBN should look into the matter as fast as possible.

An official of one of the major telecoms operator, who spoke with The Guardian News