The Nigerian soldier who allegedly killed his lover over a phone call was dragged before a Barkin-Ladi High Court in Plateau, on March 31, 2017. The soldier, Sunday Umaru, a married man, was accused of killing his lover, Charity Thomas, by stabbing her with a knife in the stomach and slaughtering her thereafter. Umaru, who was a private in the Nigerian Army and on posting at the Special Task Force (STF), sector 7, Barkin-Ladi, at the time of the incident, on January 23, 2016, attacked the woman who had arrived from Kaduna to visit him.

The News Agency of Nigeria (NAN) reports that the hearing, scheduled for March 30, could not hold due to the absence of Justice Samson Gang. Mr. Umaru was first arraigned on July 14, 2016 on a one-count charge of culpable homicide.

During the arraignment, the prosecutor, W.T Awe, of the Plateau State Ministry of Justice, told the court the accused person committed the crime on January 23, 2016 in Barkin-Ladi, adding that the Nigeria Army had court-martialed the accused, dismissed him after they found him guilty, and handed him over to the police for prosecution. He said the accused person had told the police, in a confessional statement, that the deceased visited him sometime in January 2016, after which they had a misunderstanding which led to her death.

In the statement, the accused alleged that the deceased used a kitchen knife to stab herself after which he (accused), removed the knife and `helped’ her to complete the act by slaughtering her. 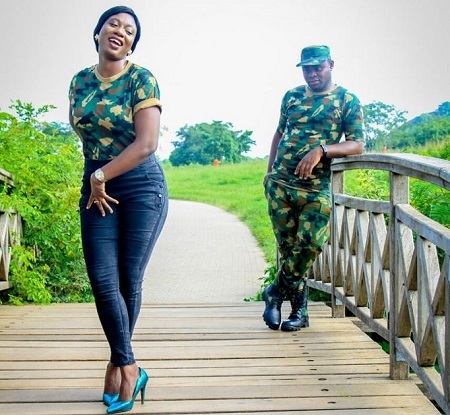 Mr. Awe further quoted the accused as saying that he was in the sitting room while Ms. Thomas was in the kitchen at about 7 p.m. when the woman’s phone rang and he picked the call.

The accused, in the statement, said that a man’s voice insisted on speaking with Ms. Thomas, but that he (accused) demanded to know who he (caller) was.

He claimed that instead of answering his inquiries, the voice rained insults on him.

Mr. Umaru, according to the statement, dropped the call, went to the kitchen and asked Ms. Thomas who the caller was, but the woman refused to provide answers to his questions, instead reminding Mr. Umaru that he was a married man.

The accused further claimed that Ms. Thomas, in a fit of anger, called off the relationship and declared that she was no more interested, especially since her parents had consistently warned her against the affair.

Umaru said that he got angry and slapped her, which angered Charity, who quickly picked a knife and stabbed herself in the stomach,” Mr. Awe told the court.

The statement further indicated that Charity falled down thereafter, with the accused removing the knife from her stomach and slaughtering her “to complete the job she started”.

Mr. Umaru thereafter took her body outside, left it there and reported for duty at 8 p.m.The prosecutor said the accused, from his duty point, went to see his family at the Maxwell Kobe Cantonment, Rukuba Barracks, after telling his boss that his wife wanted to see him over “a very pressing issue”.

Charity’s lifeless body was found the next day by neighbours, while military men, who came to evacuate the body, trailed the blood marks to the accused person’s house.

Friends of the accused also recognised the girl as Umaru’s lover, who was seen with him the previous day. 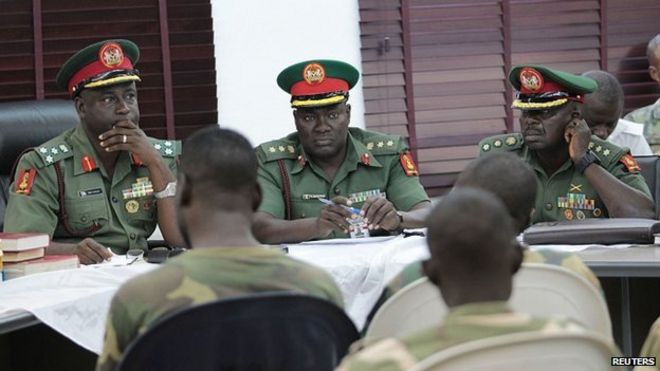 He said a team of military men, mobilised to go after the accused, arrested him at his home in the barracks, while in the company of his family.

According to Mr. Awe, the accused was court-martialed by the military and dismissed, after which he was handed over to the police for prosecution.

He said during investigation, police discovered several gory pictures and videos of the deceased that the accused took in his phone, immediately after the murder.

The accused has, however, pleaded not guilty to the charge.

NAN reports that at his first appearance in July 2016, Mr. Umaru’s counsel, David Adudu, prayed the court to grant his client bail, citing section 36(5) of the 1999 constitution which says that an accused is presumed innocent until otherwise proven.

Mr. Adudu had added that if the bail was granted, his client would neither jump bail nor interfere with police investigation.

Justice Samson Gang admitted the accused to bail in the sum of N200, 000 and two sureties in like sum.

Mr. Gang, who ordered that the sureties must reside within the jurisdiction of the court, said they must submit two copies of their recent passport photographs, copies of their national ID cards, GCE certificates and copies of their Rights of Occupancy.

He thereafter adjourned the matter to March 30, for hearing.

NAN reports that with the judge not available to hear the case, the matter was adjourned to May 25.