We all remember good music and remember the legends who had been in the game and brought the spotlight on African music industry. I personally keep tabs on tabs on greats in the likes of one which today i write about.

I had a facebook chat with him, and today i think its nice i share that. Before that, let me briefly remind you of who we're talking about.

Real name; Churchill Sosa De Gusto born in the early 70s in Lagos State. He is a Nigerian musical recording artist and producer.

He was first famous in live music cafes as a lead vocalist to one of the most popular rock/reggae bands in Nigeria's Niger-Delta region in the early 1990s known as "The Vintage Band" a band that metamorphosed from the "The Difference Jazz Band". They won the maiden edition of the Benson and Hedges regional "Grab the Mic" contest in Benin City with him, then known as "Coolrymes" as lead singer and band leader.

Below is the chat, read along if you are a fan. Boss, Na war oh.
Wetin happen to u our first of its kind sensational dancehall freak?
I was listening to the Radio last nite, wen the OAP was analysin u, and how he is still a big fan even wen u gone dis long. How can i help please? Dancehall lovers want you sa badly back Boss.

Hey blood thnx n billion , I've just not been around most times cos I've been unto so many personal hustles, I miss y'all way much more but surely y'all will b more proud the next time u'll hear from me.

Twas so amazing how Rymzo replied to chat, compared to a lot of our famous stars who barely handle their social media or may never reply you if ya social status isn't a high class.

Im so grateful for ya tym..
It rarely coms by.
Ya a true badman. 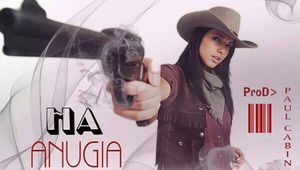