The Real Madrid star says his new trim is as a result of a promise he made about this season's Champions League.

Cristiano Ronaldo’s new haircut is as a result of a Champions-League-related promise, the striker himself has revealed.

The Portuguese rocked a skinhead trim for the club’s Duodecima (12th European cup) celebrations at the Bernabeu on Sunday.

It was momentous occasion for Madrid and for Ronaldo, who has been absolutely crucial to the club’s success this season.

The Portuguese marked the triumph with the new do, which he later explained was due to a vow he took regarding the UCL final in Cardiff.

It was a promise. I’d promised that, if we won the Champions League and I scored a goal, I’d do it. I did it and I shaved myself,” Ronaldo told his club’s official TV Channel.

I always try to do my best for the team and things are going well. The truth is that the numbers don’t lie. You can always count on me.

CR7 will ‘never’ come back to United.

Ronaldo has often recounted fond memories of former club Man United during his stay in Spain.

At one point it seemed like the fiery Portuguese might return to Old Trafford, the arena where he made his name from 2003-2009.

Nonetheless, the striker has reaffirmed his commitment to his current employers, all but ending the Red Devils hopes of ever resigning their legend.

Ronaldo has made it clear that he won’t ever come back to United. It could have happened at one stage, but not now.
The club has now accepted a deal for him will never happen and has moved on.

This is in-line with the 32-year-old’s own assertions. Following Los Blancos’ Champions League win last year, the striker expressed his desire to retire at Madrid as a legend.

It’s obvious I want to stay I here,” he said. “I think I am going to retire at Real Madrid. Manchester United are celebrating after winning the UEFA Europa League for the first time in the club's history.... 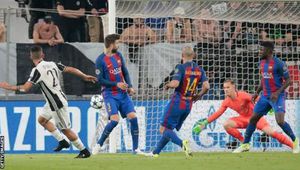