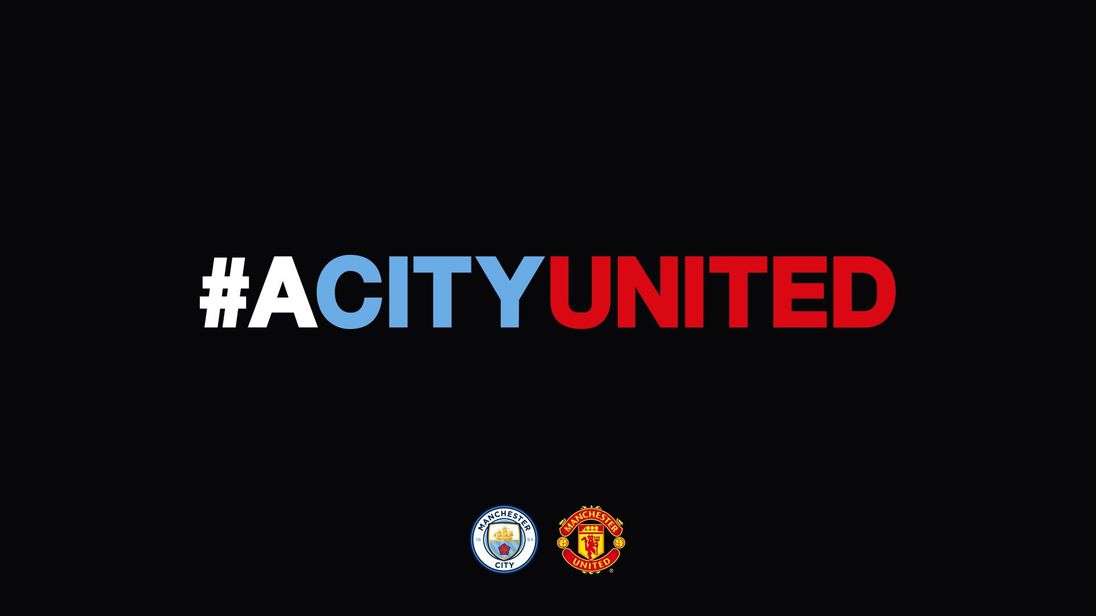 Manchester City and Manchester United have jointly pledged £1m to an emergency fund set up to support the victims of Monday's attack in the city.

The fund was set up in the wake of the suicide bomb attack at Manchester Arena which killed 22 people and injured 64.

It is right that we present a unified response to this tragedy.

We have been humbled by the strength and solidarity shown by Manchester,

The hope of both our clubs is that our donation will go some small way to alleviate the daunting challenges faced by those directly affected and that our acting together will serve as a symbol to the world of the unbreakable strength of the spirit of Manchester.

The Lord Mayor-backed emergency fund was set up with the British Red Cross to help the families of those killed and injured in the attack that followed an Ariana Grande pop concert.

It has been merged with a crowd-funding campaign set up by the Manchester Evening News and, added to the pledge by the two Premier League sides, the amount raised is more than £3m at 12:00 BST on Thursday. 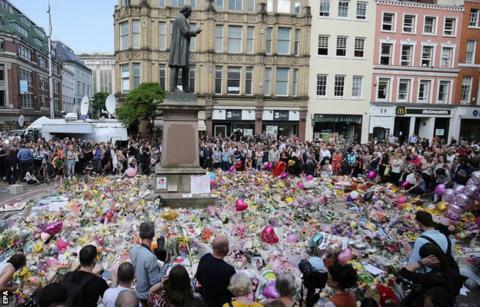 The Red Devils also completed a clean sweep of major trophies as goals from Paul Pogba and Henrikh Mkhitaryan won an emotional final in Stockholm. 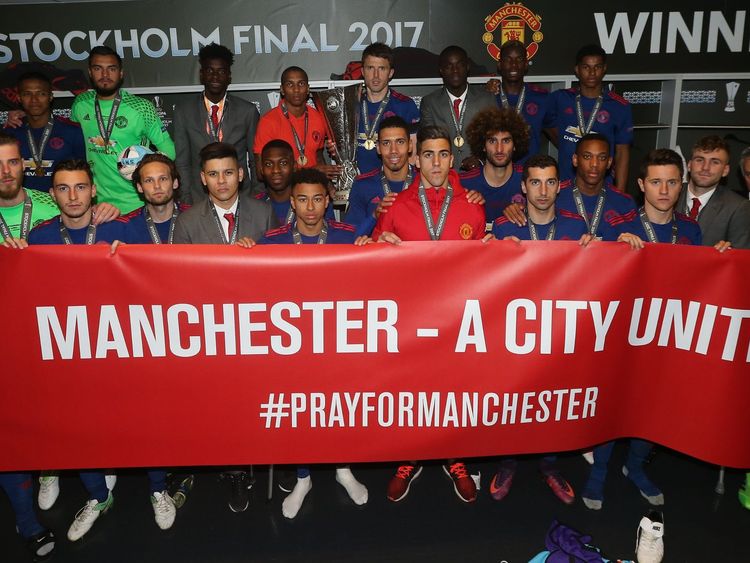